I am a PhD student in the Philosophy Department at the University of Kentucky set to defend in Spring 2023. My dissertation, The Primacy of Openness in Ecological Complexity Theory, is being written under the co-supervision of Ted Schatzki (Philosophy) and Tony Stallins (Geography). My primary research interests are in environmental philosophy and the philosophy of complex systems theory. My goal is to articulate a more nuanced understanding of the metaphysical concepts used to explain ecological patterns and to use this understanding to address a variety of topics in applied environmental ethics concerning sustainability and restoration.

Most explanations of ecosystems within the last half century rely on a metaphysics that prioritizes the principle of emergence. This reliance reflects the pervasiveness of complex systems theory, which is often referred to as “the science of emergence.” My contribution to the literature is that I affirm the importance of a second principle of ecological systems, openness. Openness is the possibility of matter and energy moving between a system and its environment. Complex systems theory acknowledges openness as one of the structuring principles of systems, but less attention has been paid to the metaphysical significance of openness, its constraints on emergence, and what linkages between the two imply for our understanding of resilience and for human interventions in ecological systems.

My dissertation contains four chapters. Chapter one outlines complex systems theory’s history with the concept of emergence. Different accounts of emergence have been offered over this history from the merely epistemological to the genuinely ontological. Conceptual understanding of openness, on the other hand, has not progressed beyond the original definition – the possibility of movement of matter and energy between a system and its environment. I argue that complex systems theory struggles to agree on a single account of emergence because openness has been undertheorized. In this first chapter, I call for a metaphysically robust explanation of ecosystem dynamics that gives parity to the two structuring principles, openness and emergence.

One reason that complex systems theory has been so enamored with emergence is its use of abstracted and idealized topological modeling techniques. Chapter two argues that topography (i.e., relations in physical space), not topology, is the appropriate dimension for interpreting openness. In ecologies, topographical features function as regulators of species dispersal, and the mobilities of abiotic conditions and resources, potentially resulting in ecological communities hovering around steady state numbers of species. I utilize MacArthur and Wilson’s (1963; 1967) equilibrium theory of island biogeography (ETIB) to illustrate this idea. Moreover, I argue that the island biogeography literature in the decades following the postulation of the ETIB comprises a conceptual narrative for uniting openness and emergence. I explain how Simberloff and Wilson’s (1969; 1970) conclusions from their controlled island experiment in the Florida Keys confirm an ontogenetic trajectory in which systems begin as predominantly open and become increasingly emergent and closed-off as time passes. This conceptual picture of the relationship between openness and emergence reappears in the following chapter.

Chapter three investigates interpretations of resilience in the ecological literature through this reconceptualization of openness as a conditioning starting point of emergence. Most interpretations of resilience are decidedly structured around emergence, particularly those that come from the lineage of resilience established by CS Holling, the originator of the concept. I argue for an ontologically flexible account of resilience that integrates topographical details related to openness with topological ones related to emergence to produce a single ontogenetic narrative that conceptually sorts out the varied elements that contribute to resilience and helps rationalize the causal relations holding between the elements. I show that resilience depends upon openness, and more importantly, that the emergence of resilience and its cultivation through human interventions may be more infrequent and challenging than the current literature suggests.

My last chapter elaborates the role of the concept of resilience in ecosystem management from the perspective of environmental ethics. Ecological resilience is a concept often used to guide ecological restoration. Eric Katz challenges the ethical foundations of the practice. He argues that ecological restoration is carried out under false pretense such that it claims to achieve restitutive justice on nature’s behalf when, in fact, it is humanity’s attempt to dominate nature. I agree with Katz’s view, but I argue that resilience theory can successfully escape Katz’s criticism if it follows from the metaphysical standpoint that places greater emphasis on the principle of openness rather than emergence. Restoration done form the perspective of emergence actively seeks to restrict ecosystems within a desirable stability domain. Openness, on the other hand, values progressive development and adaptation – neither of which have proper ends but are simply the mechanisms through which nature persists – within a particular site.

As I move beyond the dissertation, I plan to continue research on ecological ideas in relation to the dependency of emergence on openness. More specifically, I aim to study how this metaphysical realignment affects claims about planetary tipping points and regime shifts. Post-graduation, I would like to work on two separate projects, both reflect a continuation of my final chapter that attempts to ground ecological restoration ethics in resilience theory. 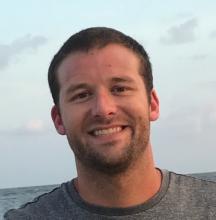