On the Theatrical Front: Lessons From Palestinian Performance

Date:
04/15/2022 - 03:00 pm
Location:
Virtual (see description)
Speaker(s) / Presenter(s):
Dr. Samer Al-Saber, Stanford University
After the 1967 occupation of the Palestinian territories, and in the absence of sovereign local radio, television, and uncensored journalism, theatre production rapidly expanded in East Jerusalem to become the leading form of artistic expression in Palestine. In the seventies, theatre artists created a broad range of performances that articulated versions of the Palestinian identity, critiqued social norms, celebrated and extended cultural values, and challenged the power disparity created by the Occupation. For a brief period, theatre became the leading cultural apparatus in the  West Bank, particularly in East Jerusalem. In this talk, Dr. Samer Al Saber will discuss the 60s and 70s period in the context of what he calls a Theatrical Front, as well as many of its offshoots that we see presently in other mediums such as film. Ultimately, this talk is less about the history and more about the lessons and inspiration we glean from remarkable people. 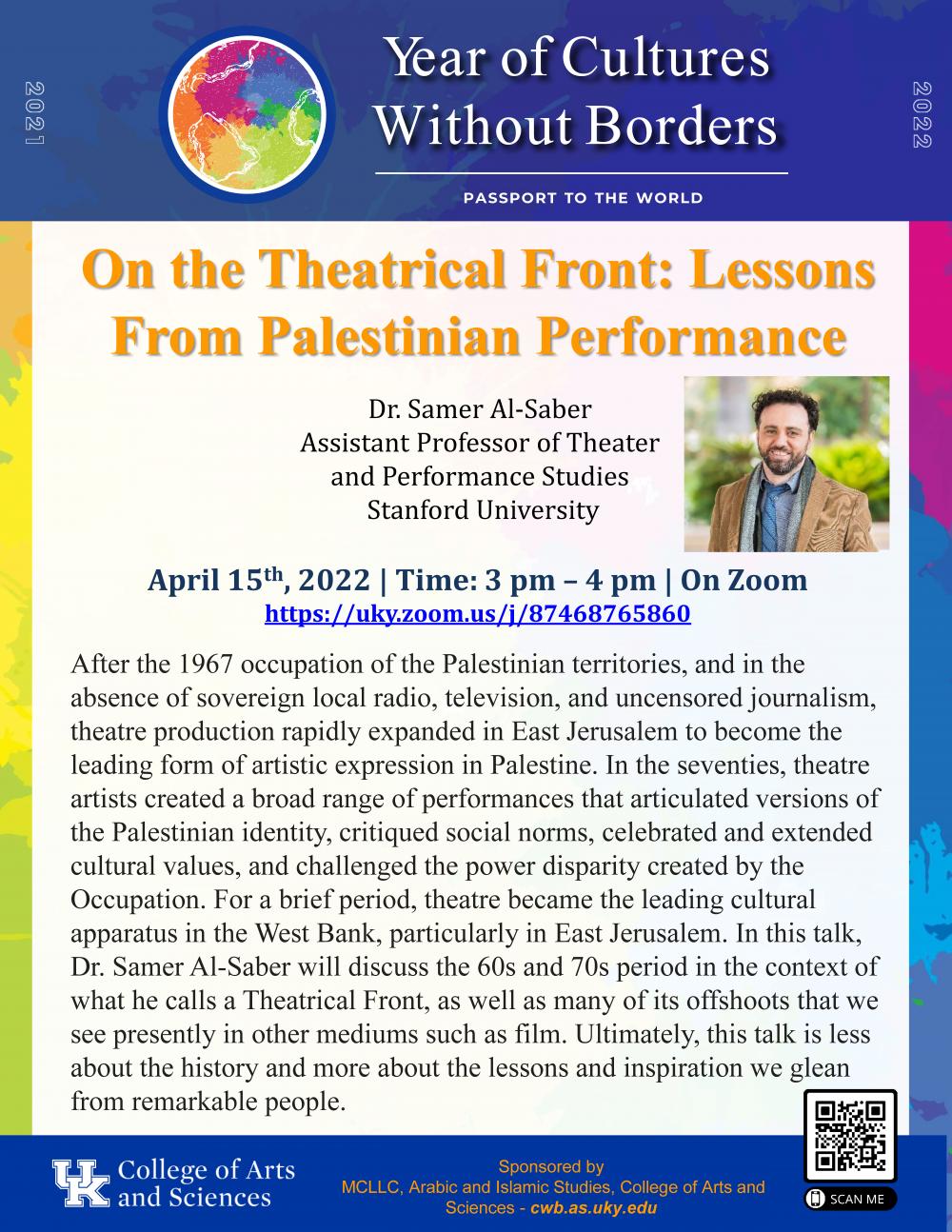