I study modern European history with an emphasis on Britain and the the British Empire.I was awarded a M.A. in history from the Unviersity of New Hampshire and did a B.A. at the University of Colorado. My research interests include the First World War, empire and society in the 1920s, and the David Lloyd George coalition. I am also broadly interested in Ireland's relationship to British Empire, Irish republicanism in the early twentieth century, the history of democracy, and the history of public health. 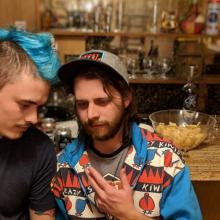