Robert Hoekstra is a third year PhD student in sociology at the University of Kentucky, where he focuses on social disorganization and crime during disasters and social instability as well as theories of crime.  His current work examines how social factors can improve community resilience when communities are faced with emergencies.

Robert became heavily engaged in civic organizations after graduating from the University of Michigan with a B.A. in economics, and began studying how groups form, create ideologies, and organize themselves.  He particularly took an interest in how groups form in exigent circumstances while watching communities come together in response to natural disasters and emergencies such as Hurricane Katrina, widespread flood events, and snowstorms during his seven years with the American Red Cross.

While getting his J.D. from DePaul College of Law with a certificate in international and comparative law, Robert worked as a senior research assistant examining pandemic and bioterrorism response plans and international human rights law.  His research expanded to include terrorism, peacekeeping, cyberwarfare, and disaster response while pursuing his LL.M. in national security law with distinction and certificate in international human rights from Georgetown University Law Center.  This work was complemented by an in-depth study of the history, causes, and tactics employed in local and regional conflicts around the world during his M.A. in war studies with distinction from King’s College London.  Robert has largely focused on how communities adjust to respond to crisis.

In order to deepen his historical, contextual, and legal understanding of communities in crisis, Robert has leveraged data heavily in his work.  With more than a decade of experience in government and the private sector working on data analysis and an M.S. from DePaul University with distinction in computer science with a focus on artificial intelligence, he leverages time-series analysis, structural equation models, machine learning, and social network analysis to better understand how communities and crime change when faced with crisis. 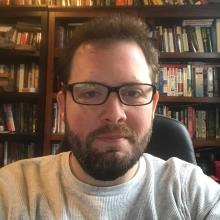